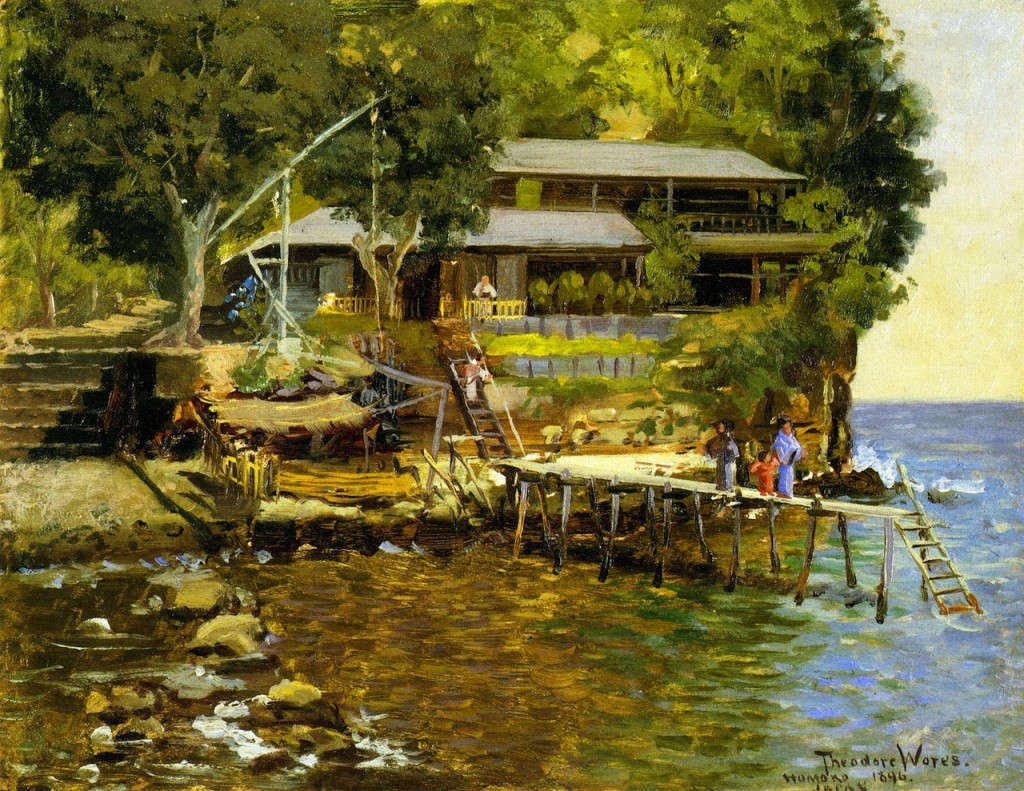 Theodore Wores (August 1, 1859–September 11, 1939) was an American painter born in San Francisco, son of Joseph Wores and Gertrude Liebke. His father worked as a hat manufacturer in San Francisco. Wores began his art training at age twelve in the studio of Joseph Harrington, who taught him color, composition, drawing and perspective. When the San Francisco School of Design opened in 1874, Wores was one of the first pupils to enroll. After one year at that school under the landscape painter Virgil Macey Williams, he continued his art education at the Royal Academy in Munich where he spent six years. He also painted with William Merritt Chase and Frank Duveneck. Wores returned to San Francisco in 1881. He went to Japan for two extended visits and had successful exhibitions of his Japanese paintings in New York and London, where he became friends with James Abbott McNeill Whistler and Oscar Wilde. He visited Hawaii and Samoa in 1901-1902 and established a home in San Francisco about 1906. He visited Hawaii for a second time in 1910–1911. He was married in 1910 in San Francisco to Carolyn Bauer. For the remainder of his career, Wores painted the coast on the western edge of San Francisco. He died from a heart attack in San Francisco Sept. 11, 1939.